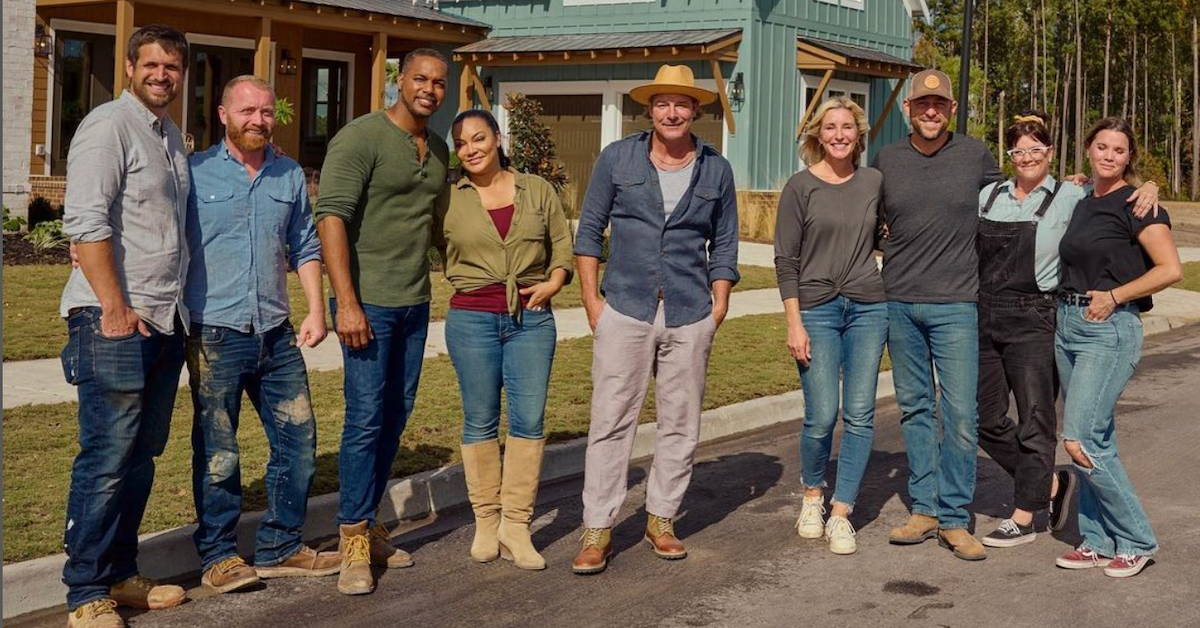 Rock The Block started popping up on our social media feed a few weeks ago, and family and friends were more than excited to tell us about their favorite episodes. When we sat down to watch the first episode of the first season 48 hours ago, we had no intention of watching three seasons straight – but alas, that's exactly what happened. Feet happily slippered, curled up in bed, we breezed through three very different seasons of this mildly addicting HGTV show, only to find ourselves a little sad when we realized that there was no fourth season.

All sadness (and excitement for the next season) aside, we sat down to think through every tip and trick that we learned about increasing the appraised value of your home by watching the seasons. Even though each season took place in a different city and state, the winning houses all had several things in common. And although the houses we thought should have won never did, we learned a whole lot. 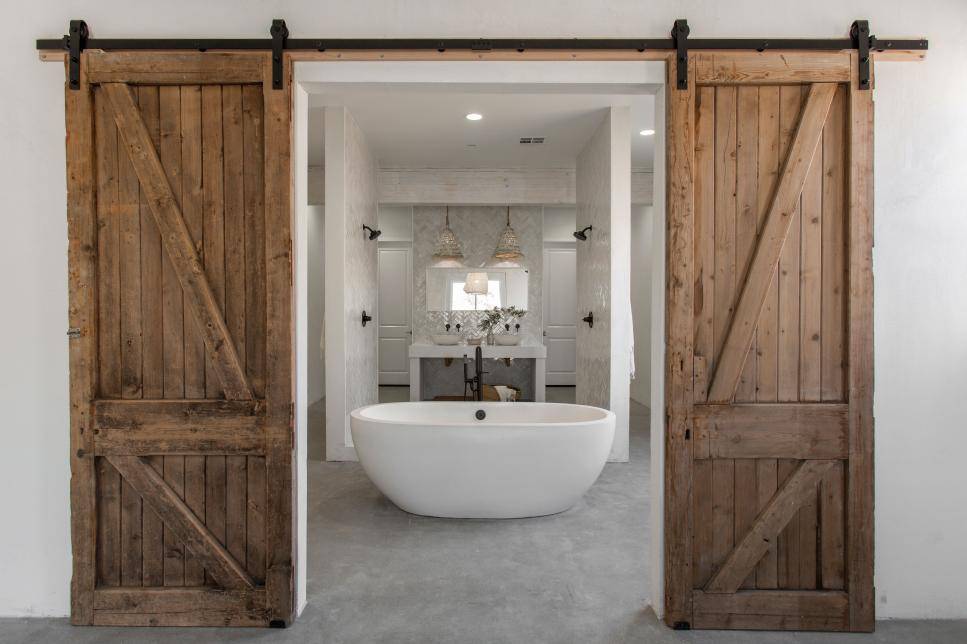 Yes, it seems a little obvious, but adding bedrooms and bathrooms is always a plus. There’s a caveat though, you need to add them where they make sense. We watched a couple of designers get caught up in the excitement of being able to add a bedroom or bathroom, and not think about the logistics of where they added the space. A bedroom on a floor without a bathroom at all? Not a great idea. A bedroom off the front entrance with no full bath on the floor? Also not a great allocation of space. Because while adding bedrooms and bathrooms definitely raises your appraised value, your house needs to make sense to buyers. 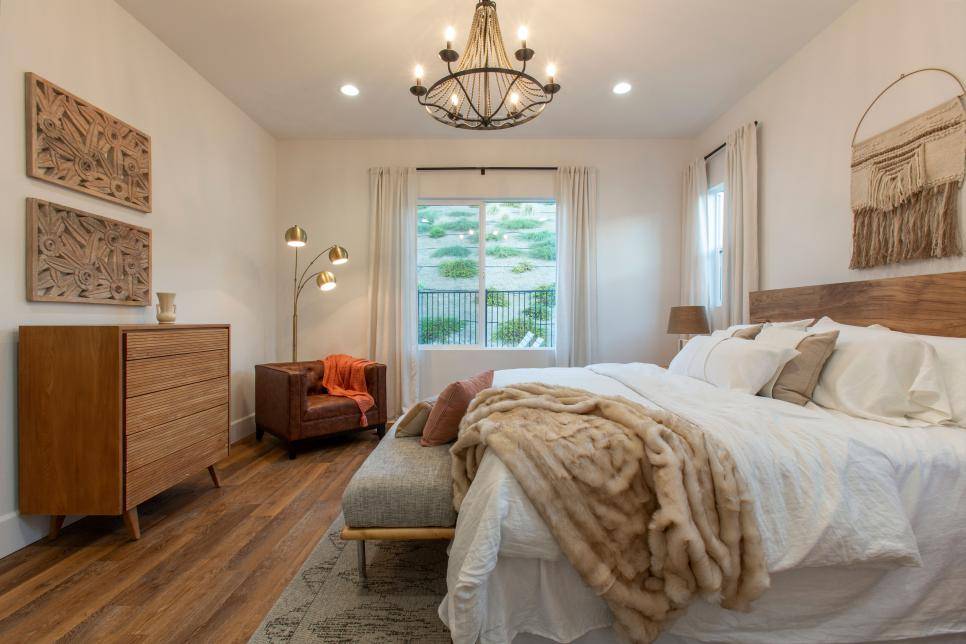 We watched design teams win big by adding closets to offices so that the spaces could technically be considered bedrooms, but could still function as offices. We saw a couple steal a little porch space to add a powder bath in a more logical area of the main floor — a power move that paid off. So if you’re looking to increase the value of your home, maybe consider adding bedrooms or bathrooms to that unfinished basement or loft area in the home. 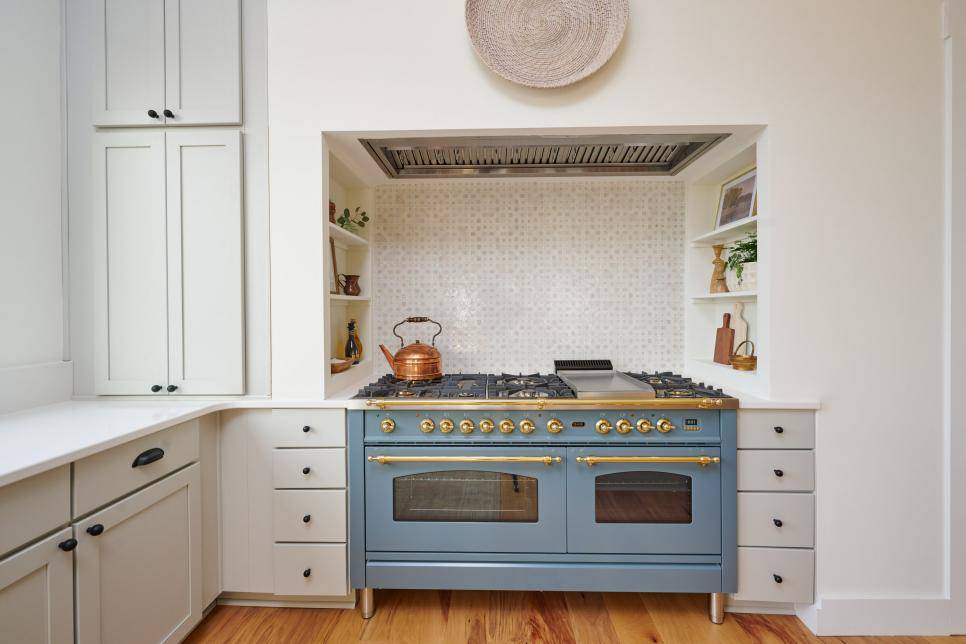 Kitchen by Dave and Jenny Marrs

In every season, and on almost every team, the most money spent during the renovation went into the kitchen. It makes sense because you're going to get out of the kitchen what you put into the kitchen in a big way. Some of the biggest kitchen improvements were taking basic cabinetry out and adding custom cabinetry, upgrading the finishes like the backsplash and countertops, and increasing the footprint of the pantry. Several teams even completely changed the layout of the kitchen to fit better with the flow of the home – which won them big every time. 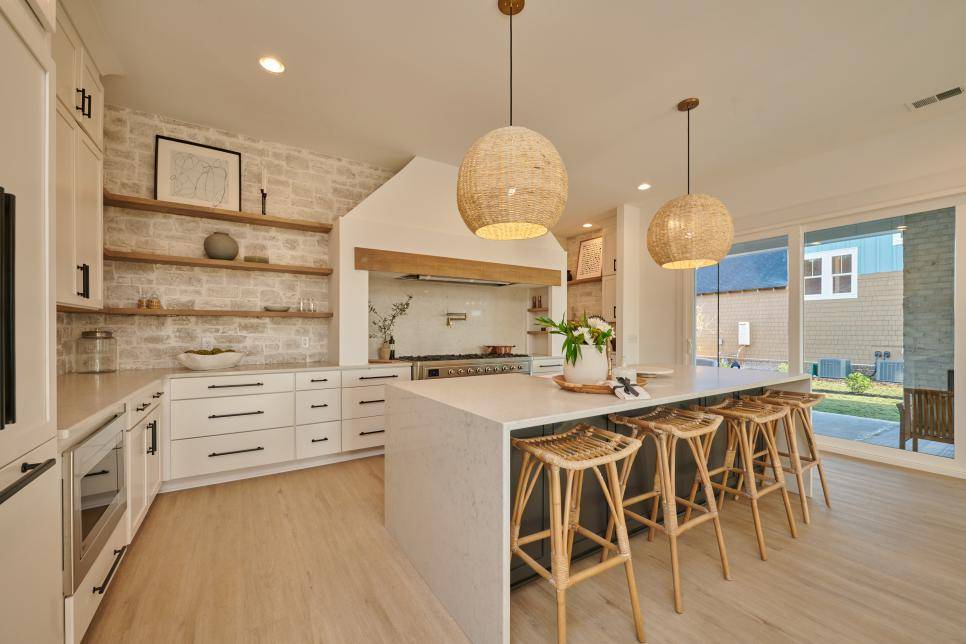 Home by Egypt and Mike

Regardless of the design decisions that were being made, money put into the kitchen automatically increases the value of the home. If you're looking to appeal to the masses, you can make more cautious choices when it comes to cabinetry color and backsplash – the aesthetics of your kitchen. But if you're just building a kitchen for yourself, make sure that you pick fun finishes and aesthetics that you love. 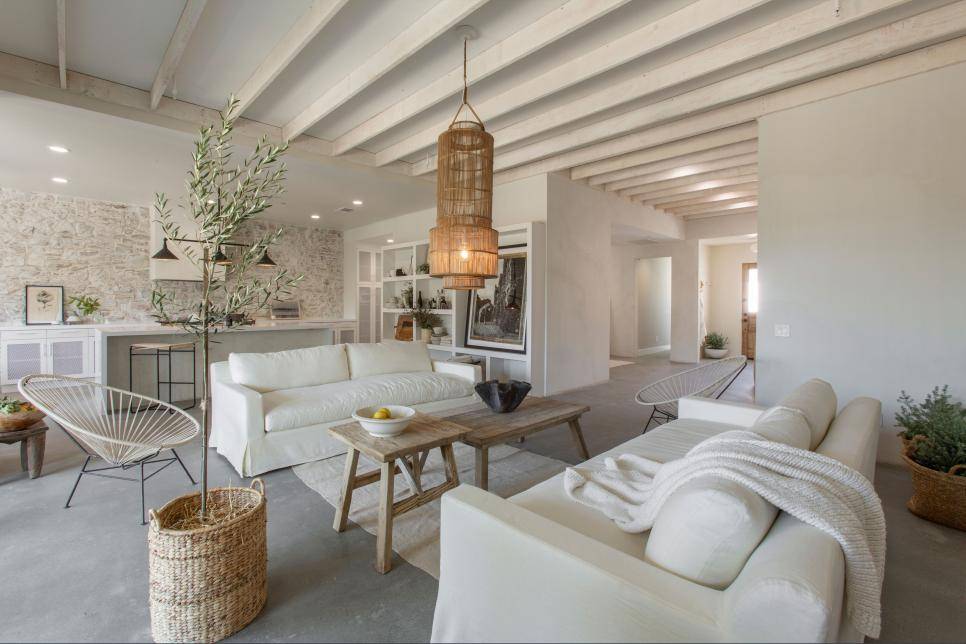 We are not going to lie, we were big fans of Leanne Ford's house in season one and Nate and Jeremiah's house in season two – but the design minds didn't ever seem to win the season. Because while the homes were aesthetically stunning, more of the focus and been placed on aesthetics than on adding value items. And that is in no way to say that the beautiful finishes, flooring and tile choices, and aesthetic decisions that were made in the house didn't increase the value. That's not true at all. Many of the beautiful choices made for these homes added value, but just not as much value as some of the more practical choices is made in other homes. So if you're looking to improve the value of your own home, this is definitely something to consider.

If you are planning on living in your home for a long time, make the aesthetic choices that you love over the more practical ones. You live in the home. It should be a stunning space that reflects you. If you are trying to sell or flip a home, using your limited budget to make more practical improvements may be wise. Each individual home and improvement project is different though, so making upgrade choices on a house-by-house basis is smart.

Money in the Master 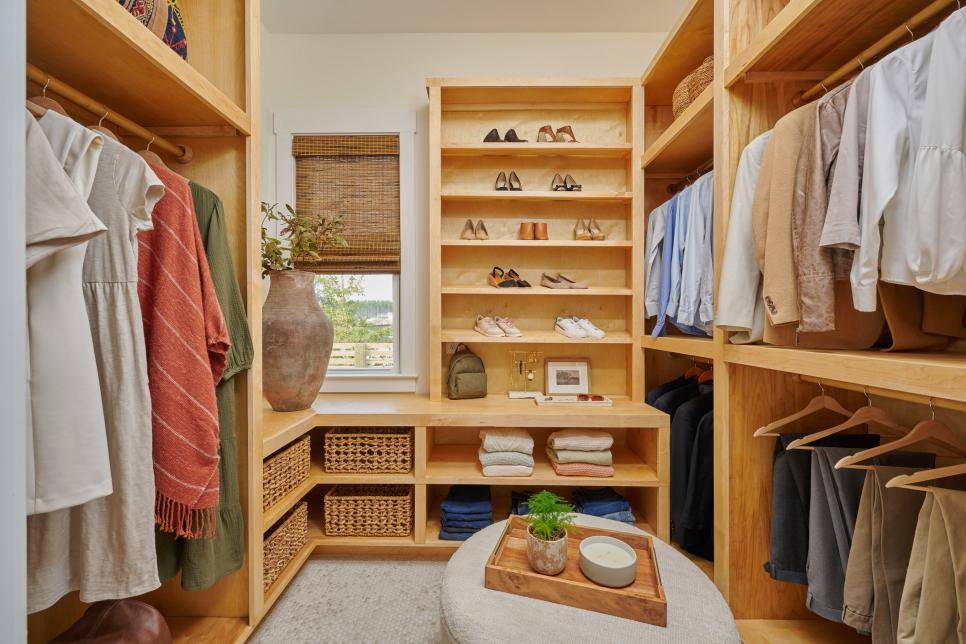 Home by Dave and Jenny Marrs | Image by Wendy Concannon

Another place where teams weren't afraid to spend big was the master suite. The primary suite of the home sells houses – a sentiment we heard a lot over the course of the three seasons. Investing a little sweat equity and money into the master suite to customize the experience was really important. Closets, we learned, we're a really important part of that renovation, and teams that didn't add two closets didn't win. Now, we live in a house with one master suite closet and it's serving our purpose is just fine, but if you were flipping a house and you wanted to get a high appraisal, you could consider adding a second closet. 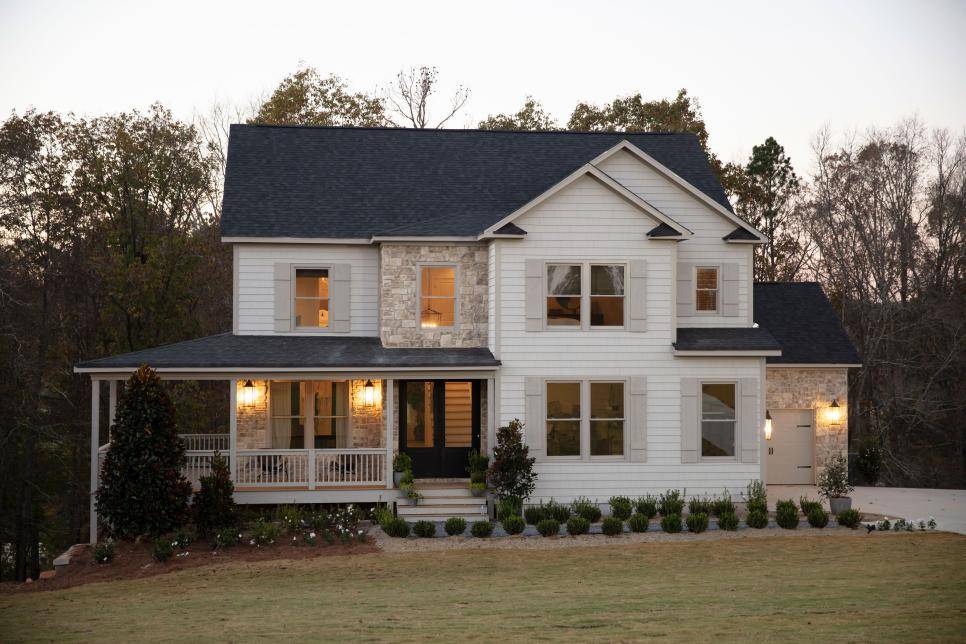 Home by Alison and Mike | Photo by Mark Hill

One of our favorite challenges was the curb appeal and yard challenge each season. We were surprised that we liked it so much, honestly. It was really interesting to watch the design choices that were made for the outside of the homes based on the area of the country that the home was based in. In California, the houses looked a lot different than they did in Charleston. So if you're looking to increase the appraised value of a home and you have the budget to work on the outside a little bit, consider the materials that are popular in the area of the country that you're in. A pink house really works in Charleston, a pink house doesn't really work in a California neighborhood.

Curb appeal can also be greatly increased by the plants and foliage you add to the yard. Make sure that you're picking foliage that's native to your area so that it's easy to maintain and care for overtime. If you're going to invest a little money in the backyard, patios and pergolas paid off big time all three seasons, while pools and hot tubs did not. Design teams lost steam when they forgot to fence in the yard or do other things to increase privacy in the outdoor living space and were rewarded for things like outdoor kitchens, grilling stations, and pizza ovens.

For appraisal value, it’s all about making the outside livable and extending the footprint of the home. 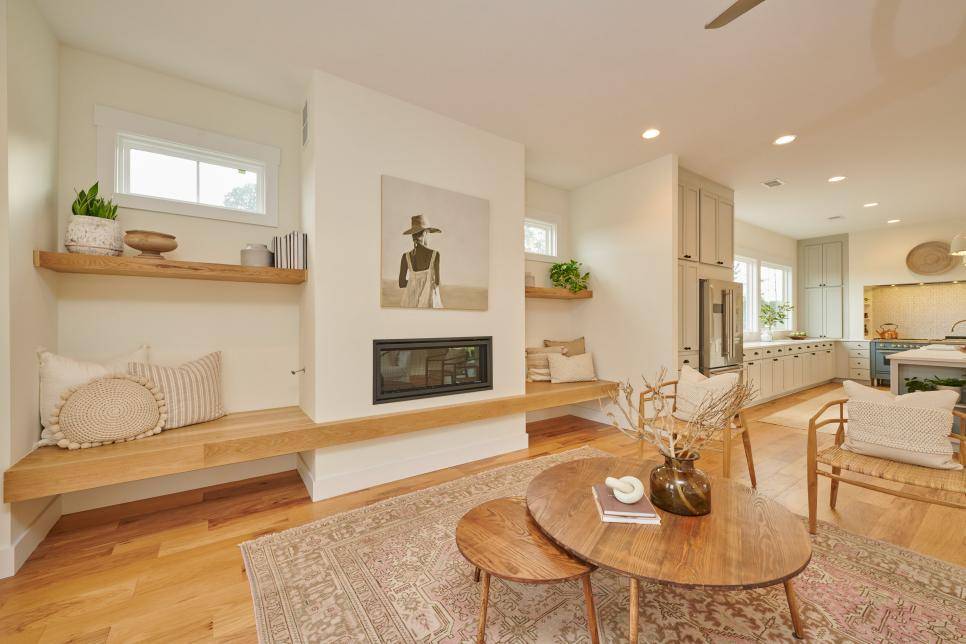 Home by Dave and Jenny Marrs | Image by Tom Griscon

Something that we didn't know, and possibly because we didn’t have built-ins in our home when we purchased it, is that built-ins are listed as part of the appraisal report. We saw competitions week come down between two people oh, and go to the person who had invested in a better built-in. So what are the elements of a great built-in? We are glad you asked.

Great built-ins are a perfect marriage of form and functionality. Lots of built-ins are centered around a fireplace or storage. Built-ins do need to offer additional storage but also need to be really beautiful. We're particularly big fans of built-ins because you can mimic the look with custom floating shelves and it's at a tenth of the hassle for a huge reward. 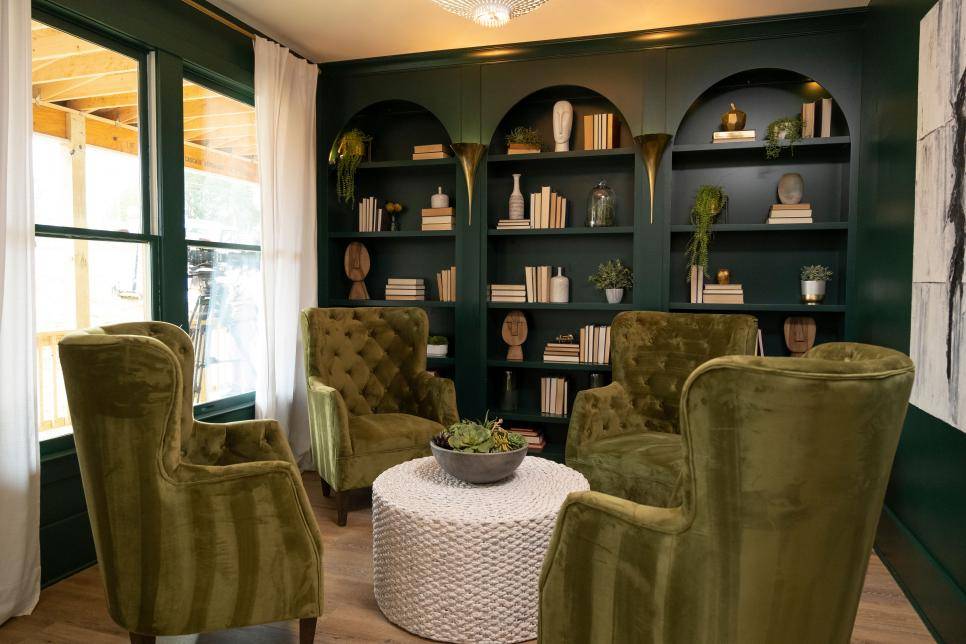 Home by Alison and Mike | Photo by Mark Hill

And buildings don't just have to be in the living room or some large focal point of the home. We saw entryways with built-ins, beautiful built-ins added to make shift mudrooms, and even built-ins added to basements and lofts to give the space a really custom look that automatically adds lasting value to the space.

Need help adding shelving to your own built-in home improvement project? We can help.

Maddison is a copywriter who has been working in the interior design and home improvement area for the last five years. From hands on projects to writing for your favorite HGTV home reno couples, Maddison has developed a deep love for a well-styled room with the perfect personal touch.

Comments will be approved before showing up.

The Scoop on Floating Shelves

Home Improvement Projects You Can Do Yourself